How Office Design Is Evolving 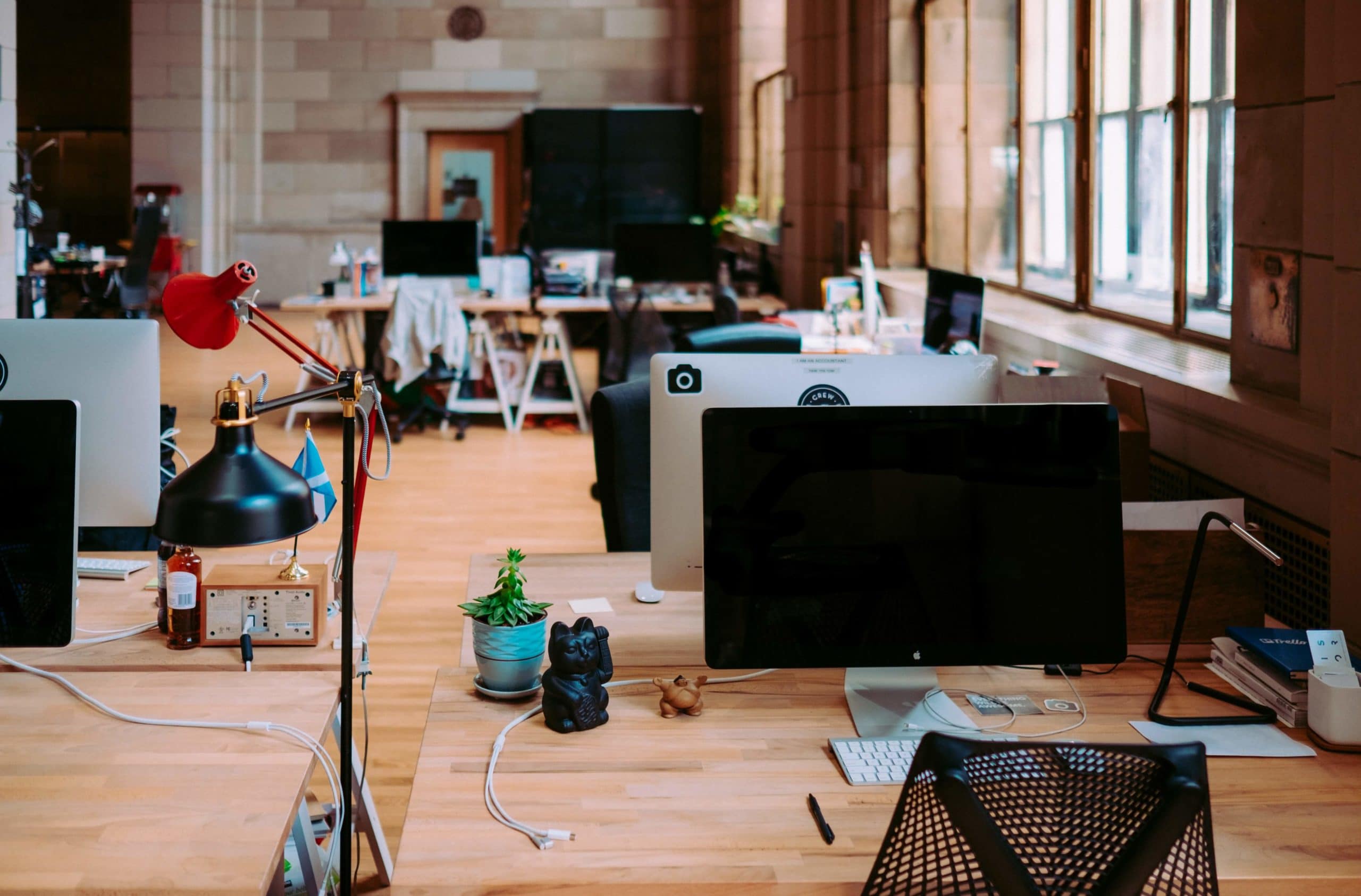 A century ago, working in an office meant being crammed, shoulder to shoulder, with your coworkers in a large room with countless rows of desk and chairs. Over time, office spaces and seating arrangements have shifted from cramped, sterile cubicles to open layouts reflecting individuality and freedom.

Modern workplaces put emphasis on breaking down boundaries and prioritizing employee comfort. Contemporary offices incorporate minimal walls and barriers to improve social interactions and collaboration between workers. But how did everyone get here to the open-plan workplaces of today?

In this article, you’ll learn about how workspaces have changed through the years, what factors influenced office design trends, as well as the highlights and features of each era.

Office Design Through the Years

Here’s a brief history of how offices have evolved over time:

In 1726, the first building for office work was built in London, England. Eventually known as The Old Admiralty Office, the space was designed to deal with growing paperwork associated with the expansion of the British Empire, the colonization of the West Indies, and the growth of world trade.

The industrial office was primarily influenced by Taylorism, a management theory utilizing a scientific approach to employee productivity. The managers worked in enclosed offices while the rest of the workers sat in endless rooms.

Frederick Taylor, the creator of this concept, rationalized that the design allows companies to maximize industrial efficiency. Managers, who handle more intellectual work, sit in separate rooms so they won’t get interrupted. The workers who deal with mechanical tasks all work in the same room, so they’re easier to supervise.

The main goal of Taylorism — the desire to maximize productivity and efficiency — unfortunately didn’t leave any room for social interaction. As a result, the industrial office design often led to dehumanizing working conditions.

The years after World War II ushered in new ways of thinking to address the inadequacies of the old paradigm. Quickborner Group, a German space planning consultancy company, introduced Burolandschaft, which means “office landscape.” This concept is characterized by the following features:

In the 1970s, white-collar jobs started to rise along with real estate prices. Physical offices began to take huge chunks out of the corporate budget. At the same time, the tech-driven work environment focused on profitability and lean operating processes.

Herman Miller, an American furniture manufacturing company, introduced Action Office 2, a cheap enclosed modular desk system. The company’s competitors also brought their own versions to the market. At this time, it became apparent that businesses weren’t as interested in providing their employees with a holistic working environment as much as they were in cutting costs.

As a result, cubicle farms became the norm in the 1980s. Characterized by clean lines and a regimented sea of standard issued cubes, this design concept prioritized efficiency and profit above all else.

With the rise of the Information Age in the 1990s, internet startups and tech entrepreneurs began outfitting their offices with ergonomics in mind. Businesses started to realize that innovation requires collaboration, while employees also began to push for workspaces that are comfortable, open, social, and flexible.

Tech giants such as Apple, Google, and Facebook then invested in offices where employees feel happy, motivated, and inspired. They offered in-office perks such as fitness studios, gourmet meals, lounge bars, and game rooms. Other businesses soon followed, focusing on designing work environments that employees enjoy so they’re more productive and engaged.

T2B Interiors will help you create a different kind of workspace — one that inspires your team to perform at their peak. We understand that your workplace should represent your company culture and organizational goals while also keeping your staff happy and productive.

Contact us today to see how we can bring your company culture to life with our customized designs.

LET’S GET STARTED. CONTACT US TODAY FOR A FREE DESIGN CONSULTATION.